Update 9-28-22, 5 am: Lights blinking, power & water will be off soon. Ian is about 100 miles off shore, to the south and just upgraded to cat 4, but moving faster at 10 mph.. Gusts right now about 50mph. It looks as if Pine Island and SW florida will see the eye.

Update 9-27-22, 3:30 pm: Forecasters have the eye of the storm hitting North Port, about 30 miles to the north of Bokeelia. The eye of the storm measuring about 20 mile across is expected to be a catagory 4 packing maximum sustained winds of 130- 156 mph, but these are measured in the eye. The winds 12 miles from the center of the eye might be 10 -15 mph slower. However, the storm just may dead on hit in Lee county. It IS a slowing moving storm so the effects will probably last about 8-12 hours and be a significant water event. The storm "Ian" is now expected to come ashore late Wednesday.

The greater Pine Island Water Assoc. have said they will leave the water on until the electricity begins to blink a few times when the storm begins to hit the area, but will then shut down the water supply to protect the pumping equipment.

9-26-22: Professional weather forecasters are pretty sure that hurricane force winds upwards of 110 mph will arrive somewhere in southwest Florida by the morning of Wed., Sept., 28, 2022. This wouldn't be the strongest storm to hit Florida, if the forecast is accurate and it hasn't been a particularly busy season for active hurricanes.

Buildings constructed within the last 20 years should withstand 110 mph wind gusts. Hurricane glass may break but is designed to resist puncture to maintain the interior integrity of the building. Many southwest Florida storms can pack 65 mpg wind's as a normal seasonal occurrence.

Concrete block construction should be able to withstand up to 155mph wind gusts. Many recently constructed island and shore front buildings are designed to withstand stronger winds. It would be the rare mobile home or modular building that would withstand 110 mpg wind gusts. Of course, if there is any doubt, always search for Lee County designated storm shelters. Tie down or remove anything that will fly around the grounds.

Then there is the concern about water. Most of southwest coastline is exposed to some level storm surge. The further inland you are, the less that aspect becomes a factor. However, with the storm comes a deluge of water over a relatively short period of time.

Hurricane Donna in 1960 blew virtually all of the water out of the Caloosahatchee River. That was a function of just where the storm comes ashore. The upper part of the storm blows from east to west. The lower portion of the storm blows from west to east and of course it is moving at the same time. Water surges of a significant level  have rarely happened in SW Florida during a storm. This is a function of how long a storm remains in one place allowing the southern portion of the rotating winds to push water into the coast and inland. Most of the storms in the past were moving too fast enough to push much water inland.  But it might happen. However, you may still be flooded for a few days just because of the amount of rain together with the tides which occur twice a day and keep water from draining away from property.

While surging water levels can be a concern, (a sunami would level everything) sunami-like waves are extremely unlikely unless we get an earthquake at the same time. Water levels would likely rise relatively slowly. So depending on the elevation where you are and whether your building has upper floors, this should be a determining factor toward leaving your building.

So while we "know" the planet, without question, will cease to exist in six years, we just can't tell you where the storm will come ashore or exactly how strong it will be in five days from now. Be prepared. Be sure to have drinking water, batteries. . .gas up the car while that's still legal. Freeze as much water as you have space for.  Maybe fill the bathtub with water for flushing. Remember, if you have computers with backups, they can be a valuable source of power. It would be a rare storm where the power is out for more than a few days Also think about where your car is parked if it is not garaged. Auto damage can devalue it significantly and cause a large inconvenience.

Maybe we should begin sacrificing virgins to affect the weather again before we starve to death. It actually makes more sense (see link below. . .and the date) . . .and you know it worked occasionally.  Astronauts and Climate Crisis 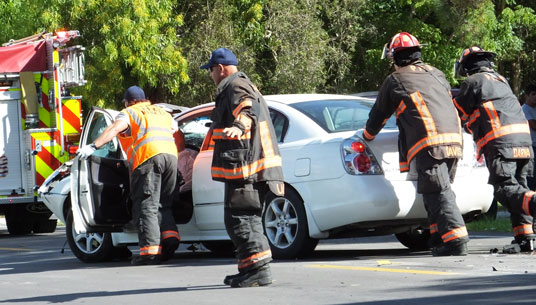